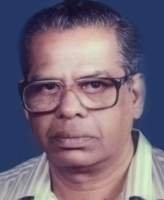 Emerald Publishers was founded in the year 1982 by Mr. M.D. Gopalakrishnan, father of the present CEO, Mr. G.Olivannan, who was the then Southern Regional Head at Blackie & Sons. Emerald Publishers initially published books pertaining to English Literature.

Emerald Publishers has been into publishing for more than three decades. The company is situated in the heart of Chennai (erstwhile Madras) city, the fourth largest metropolis in India. Emerald Publishers in the first two decades of its inception was oriented towards academic publishing – books to cater to the needs of the college and university level students in South India in subjects including English, Maths, Physical Science and Computer Science. Over the years, it has specialized in English Language Teaching and books on different genres in non-fiction category.

Academicians drawn from diverse institutions in India including the erstwhile Central Institute of English & Foreign Languages, Hyderabad, State Institute of English, Chennai & Thiruvananthapuram and other premier entities have authored the books which have been widely used by universities and colleges all over the country. 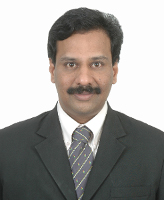 Since the readability of Tamil books has been increasing steadily, a separate division has been set-up to bring out books in Tamil. This provides scope for Tamil writers across continents to have their books published through Emerald Publishers, which has an extensive distribution network, in Tamil speaking areas. We have initiated rights buying and selling and translation of works authored by internationally acclaimed writers into Tamil and other Indian and Foreign languages.

With the dawn of the new millennium, a change in leadership transpired at Emerald Publishers. It happened that the current CEO G. Olivannan took over the reins, after the demise of his father M.D. Gopalakrishnan, the founder of Emerald Publishers.

With the strength of a Business Administration postgraduation degree, G.Olivannan, after a cautious study and analysis, found a great potential and opportunity in the general, non-fiction segment of book publishing. He understood that there are more and more readers searching for books of value on an assortment of topics in English language. In addition to exploring for authors and editors within the country, Emerald started seeking out globally. Visits to International Book Fairs such as the American Book Expo and the Frankfurt Book Fair, have yielded results. CEO G.Olivannan has been a regular visitor to the Frankfurt Book Fair since 2005.

Years of hard work with persistent follow up, guided us in striking deals with publishers in the United States. Today, some of the big names like AMACOM, Hannacroix Creek and Barron’s have granted republishing license for their titles in India. Emerald Publishers actively encourages first time writers to publish their valuable works. It supports and motivates new age authors with printing, publishing and distribution activities. Emerald Publishers, is also always committed to the cause of creating an intelligent society and towards that conducts seminars, workshops, internship programmes for faculty, students and young adults.