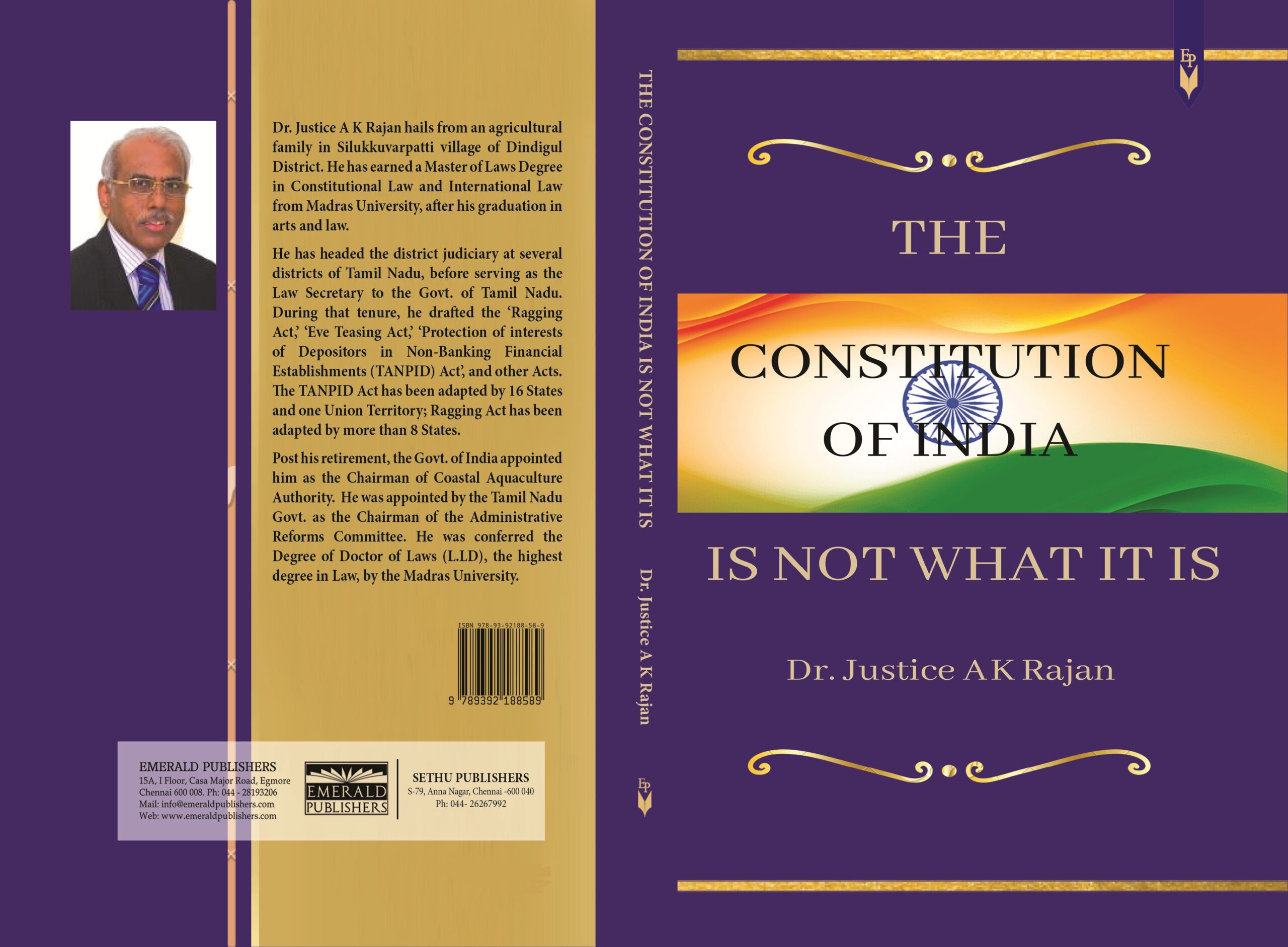 The Constitution of India is not What it is

Dr. Justice A.K. Rajan was born in an agricultural family in Silukkuvarpatti village in the Dindigul District. He graduated from Madras Christian College, obtained a Bachelor of Laws Degree from Madras Law College, and earned a Master of Laws Degree in Constitutional Law and International Law from Madras University. He headed the district judiciary at

He headed the district judiciary at Dindigul, Thiruchirappalli , Madurai, Sivagangai, and Salem after  directly recruited as District and Sessions Judge in 1987. From 1996 to 1999, he served as Law the Secretary to Govt. of Tamil Nadu. During that tenure, he drafted the ‘Ragging Act,’ ‘Eve Teasing Act, ’ ‘Protection of interests of Depositors in Non-Banking Financial Establishments (TANPID) Act’ , and some other important Acts. The TANPID Act has been adapted by 16 States and one Union Territory; Ragging Act has been adapted by more than 8 States.

After his retirement in 2005, the Govt. of India appointed him as the Chairman of Coastal Aquaculture Authority between 2006 and 2012. In 2007 he was also appointed by the Tamil Nadu Govt. as the Chairman of the Administrative Reforms Committee. In 2007, he was conferred the Degree of Doctor of Laws (L.LD), the highest degree in Law, by the Madras University.

The Constitution of India is not What it is
₹300.00